We've got four locations in Michigan with regular monthly games:
Summit Comics and Games in Lansing, Nostalgia Ink in Jackson,
BC Comix & Games in Battle Creek, and Guild of Blades in Clawson.
Check the schedule for a game near you.

Posted by Charles Wilson at 3:00 AM 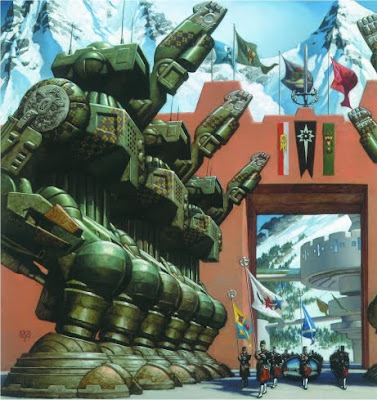 To all our soldiers, past and present, we remember you on this special day and thank you for your service to our nation and its citizens.
Posted by Charles Wilson at 3:00 AM

We are doing a 3 event Solaris challenge. 600 tons to be divided however you choose among the dates for each month. So you could go all light and medium the first two months and have assaults the last month. Dates are: Feb 20th, Mar 20th and Apr 24th. Points will be won each event and totaled on the third event for a winner the Solaris Champion.

Star League Throwdown
Fight as either the Loyal Star League forces under the command of Kerensky or as forces loyal to the Usurper in the ground battle of Terra. Desert combat in the region of Death Valley!